Phylogenetic reconstruction is of crucial importance to elucidate bacterial population structure, epidemiology and evolutionary histories. By far phylogenetic networks and trees are the most common approaches used for studying the evolutionary history of a bacterial population. However, concepts and methodology underlying phylogenetic reconstruction can be challenging to beginners. As such, I share my notes on relevant literature in this post to address these obstacles. In particular, I compare different kinds of phylogenetic networks to show their pros and cons under various conditions. 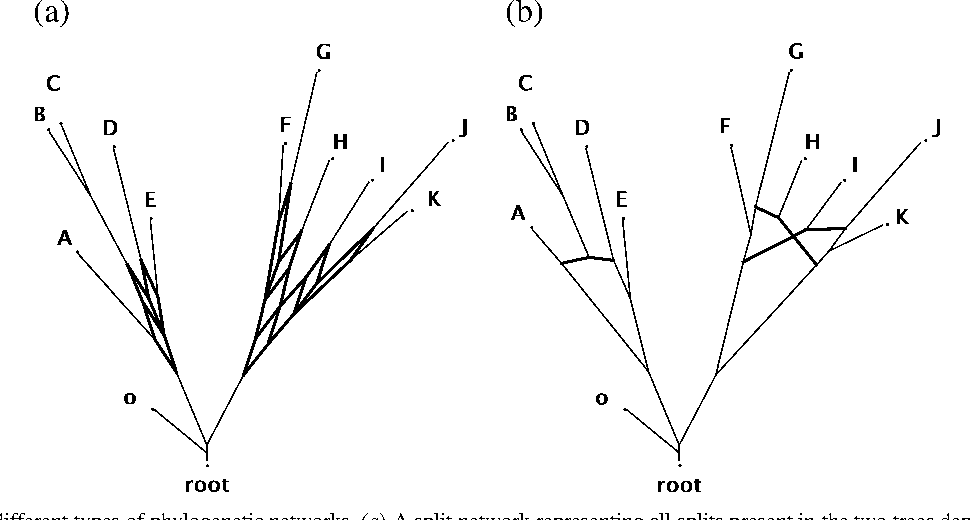 Figure 1. Split network (a) versus reticulate network (b) of the same set of taxa. See the caption of Fig. 3. in the article by Huson and Bryant for details1. 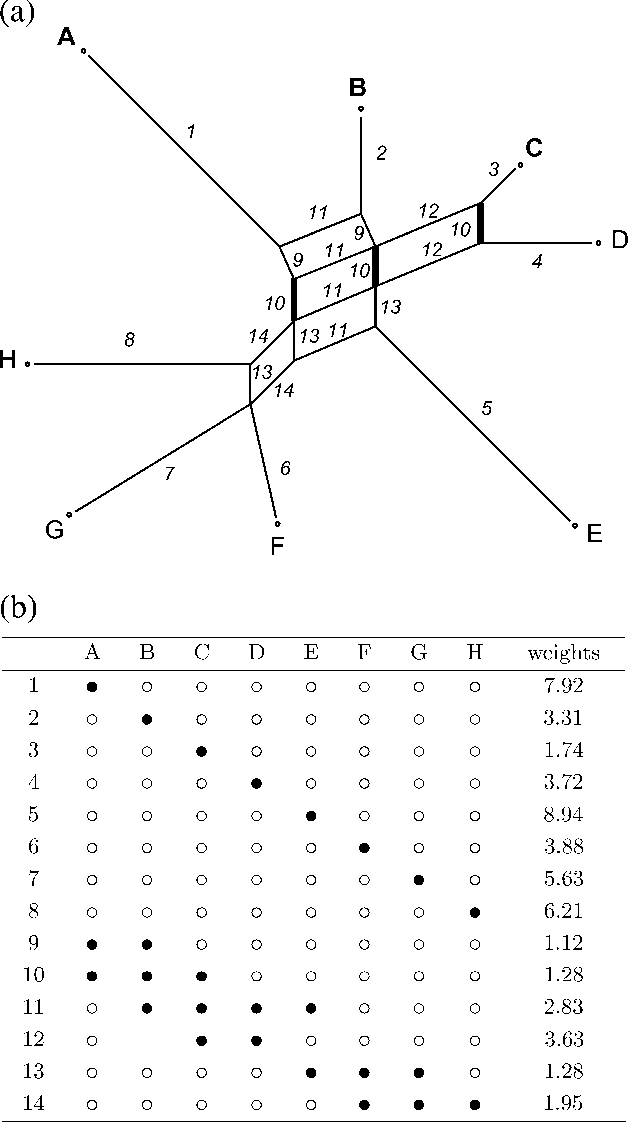 Figure 2. Edges and taxa subsets corresponding to subdivisions in a split network. Parallel edges denote splits associated with the same split. These edges have to be parallel, otherwise, the removal of these edges cannot split the network into two disconnected components. One side of taxa subsets and edges representing Split 10 are highlighted with boldface. Notably, the table or network does not necessarily exhaust all possible splits of the taxa. See the caption of Fig. 4. in the article by Huson and Bryant for more details. 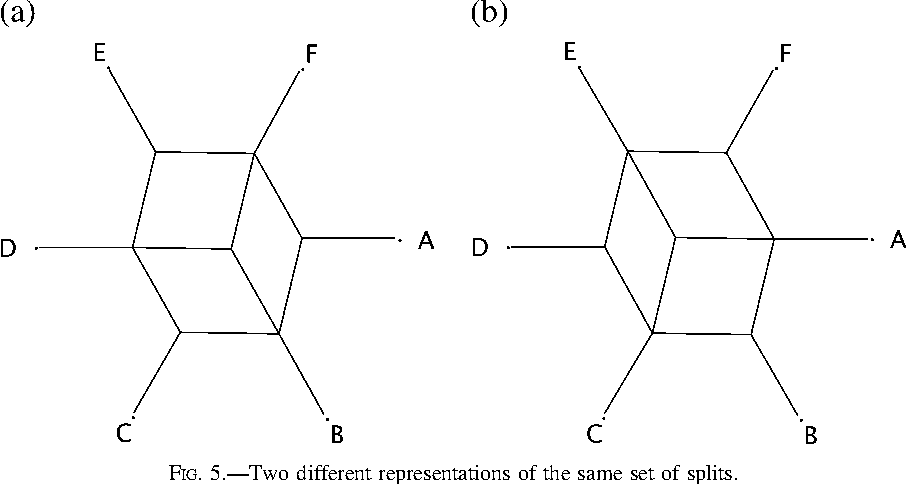 Notes in this section are based on citation 3. Please see the original article for details of the Neighbor-Net method. 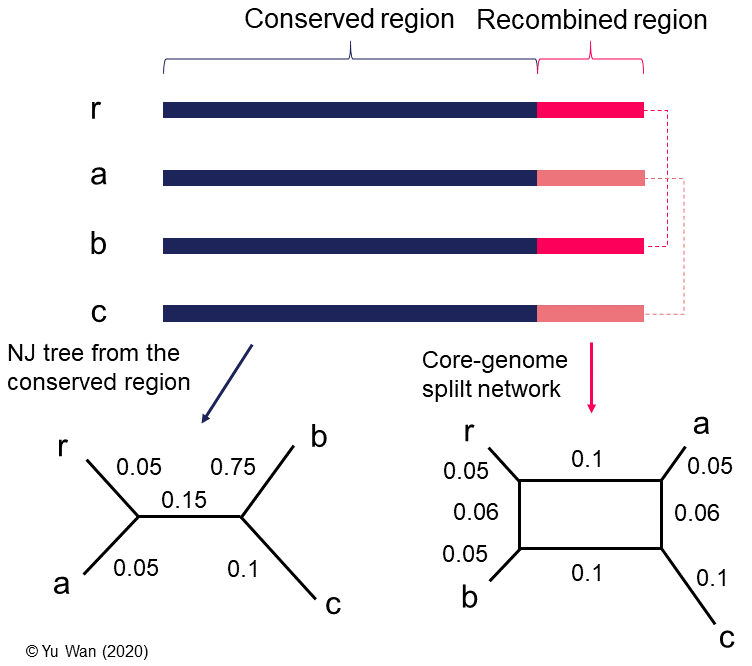 Figure 4. A comparison between an NJ tree and a split network based on the same core-genome alignment. Three bacterial genomes (a, b, and c) are aligned to their reference genome r, and their core-genome (arbitrarily defined as sites present in all genomes). The core-genome is comprised of a conserved part and a recombined region, which is assumed to have an equal length for simplicity. Assume the split network is constructed from uncorrected P distances using the Neighbor-Net method. The conserved part between genomes is coloured in dark blue, while two kinds of shared recombination regions are coloured in bright pink and light pink, respectively. For simplicity, I assume there is no divergence between copies of the same recombined region. As a result, owing to the identity of recombined regions in the core-genome, the proximity between a, b, c, and r in the split network differs from that in the NJ tree, which only accounts for the conserved region. The phyletic distance between two taxa can be calculated from the shortest path connecting them. For instance, d(r, c) = 0.05 + 0.1 + 0.06 + 0.1 = 0.31. Note that a phylogenetic tree that is compatible to all phyletic distances in the split network does not exist, justifying the necessity of using a split network to represent the relationship between the taxa.