This is my first post of a series of tutorials for constructing genome-scale metabolic models (GEMs) for single-cellular microbes. In this tutorial, I follow the protocol created by Heirendt et al. to demonstrate reading and visualisation of existing GEMs1.

I saw an error of an undefined function or variable rdir in the first time of initialisation. This problem was gone after restarting and reinitialising the toolbox. So eventually, my “COBRA Toolbox is up-to-date”.

According to the protocol for COBRA v3.01, we can create a startup file under the working directory.

MATLAB will spend some time to automatically load and initialise COBRA every time you run it.

I load the model of C. beijerinckii NCIMB 8052 in the SBML format in this demonstration.

Note that the filename of the model must be a character array. Hence a string such as “iCM925.XML” causes an error message. This syntax differs from R.

It is straightforward to write a model using COBRA Toolbox.

The text layout of iCM925_Cb.xml looked much better than iCM925.xml (which does not have any newline characters) after writing the model using the toolbox. Notably, no error or warning message appeared when MATLAB was saving model2 — everything went quite neatly, suggesting that the first model is not compatible with COBRA Toolbox.

We need tools other than MATLAB to visualise GEMs as metabolic networks.

The cy3sbml plugin is a generalist tool for visualising GEMs3, 4. The plugin and its installation guide can be freely accessed in the Cytoscape App Store. Basically, the plugin can be installed through the App Manager of Cytoscape. Hence there is no need to download a stand-alone installer from the website. I installed the version 0.2.7 to show the model iCM925 for this post. 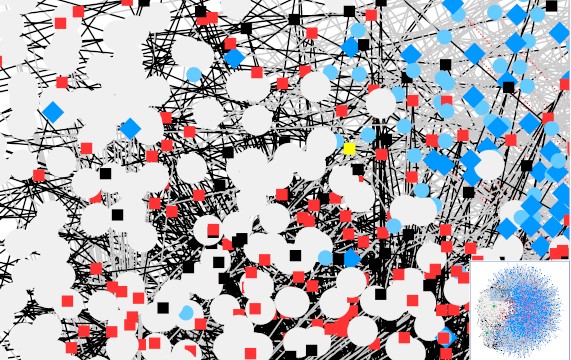 Figure 1: a Cytoscape view of the model iCM925.

As we can see in Figure 1, the Cytoscape view is way too complicated to be meaningful. However, we could display a subnetwork by choosing the nodes of interest and only show relevant links. In summary, there are five kinds of nodes in the model iCM925:

In addition, the model is comprised of three networks: All, Base and Kinetic.

Recently, the Almaas lab from Norway published an alternative tool for visualisation, investigation, edition and correction of GEMs — the ModelExplorer v2.06. It runs on either Linux or Windows and can be started through a command line or graphical user interface (GUI). It is evident in Figure 2 that this tool has improved the network visualisation compared to cy3sbml. 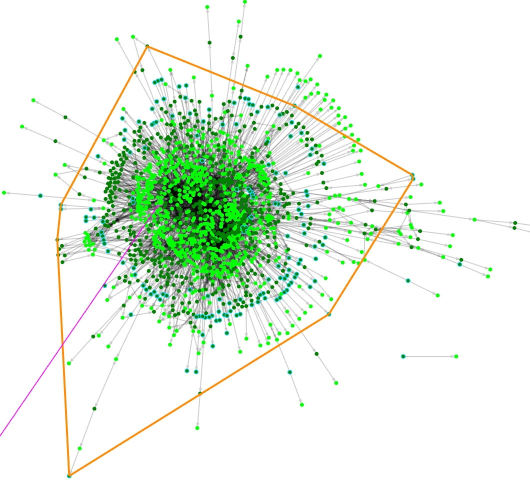 Figure 2. a ModelExplorer view of model iHN637. The orange polygon denotes chemical species (metabolites) within the compartment cytosol. The other compartment is extracellular space, which is not enclosed by any polygon. Note that a few metabolites belonging to the extracellular space are actually placed within the polygon denoting the cytosol by ModelExplorer for the optimal layout. The purple line indicates a reaction I was searching for.

As a norm of open-source bioinformatic software, ModelExplorer does not offer a user-friendly GUI. For example, you cannot paste the path of your model when you try to open it. As a result, you may want to put your model under the software’s folder to save time. Moreover, there is a trick to show or edit node information — you need to click your right mouse button (RMB) in an empty space to recover the dynamic view of the text panel as you hover over nodes, or the panel freezes after your first RMB click.

Despite ModelExplorer shows an evident advantage over the Cytoscape + cy3sbml approach, it failed to open the model iCM925 and reported a number of warnings. This problem was partly fixed (iCM925_Cb.xml) through rewriting the model using the COBRA Toolbox (see Section 2) — the new model file can be eventually visualised by ModelExplorer. However, the compartment names were lost. So there must be something wrong in the format of the original model which was published eight years ago.